Home Articles YOU ARE ISRAEL! 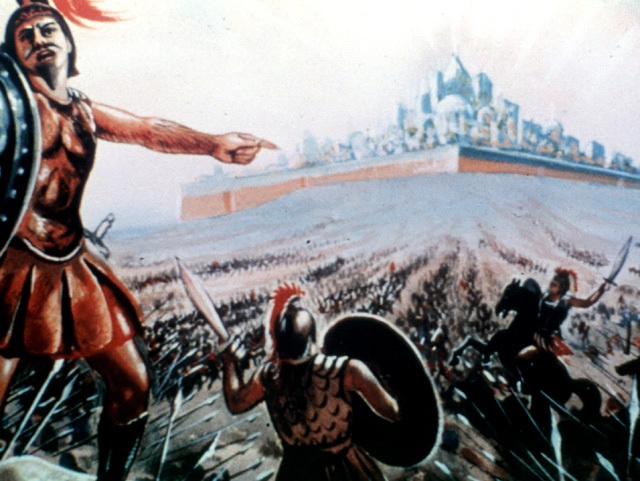 YOU are Israel. God called you out of Egypt by the blood of the lamb, you entered in a covenant with Him and He taught you His laws and ways. (Exodus-Deuteronomy) As your Christian life with Christ begins, you entered the promised land to dwell as a free citizen under Christ to prosper and thrive (Joshua).
Your heart is the temple where Gods spirit dwells, your brain is the King.
The people are your spiritual family.
Edom was Jacobs’s brother, the Edomites are your cousin family, your neighbor.
The people of Moab and Ammon are descendants of Lot, they are your distant relatives.
The Midianites are your relatives too, they are your countrymen.
The Canaanites are the worldly ways that surround you, that if you take part it will separate you from God. The philistines are the host of Satan… when you are not true to God they come and camp among you, suppress you and battle you. If God permits they can even destroy you. When you realize you are suppressed by sin and caught in a suppressive relationship with your captor, God sends you JUDGES, His spirit, to help you battle the enemy. By them, you will win victory over sin and can enjoy freedom in Christ. But when enjoying your new-found freedom, if you go back to sinning with one hand and worshiping with the other, God will soon permit you to be once again subdued by the enemy. (Judges)
God wanted your safety and victory, but your sins took that privilege from you.
When Israel failed to drive out the Canaanites they ended up taking part in their practices. When you don’t separate from the ways of the world, acknowledging it as unclean and drive it from you, you will eventually end up following them and doing what they do. Compromise and union with them will always lead to your disadvantage.
Israel was under constant attack from the enemy. Their enemies wished to destroy them. These attacks are the devil’s attack, he knows you are God’s child and he is looking for a way to destroy you and your soul. He will send giants to mock you and tell you it’s useless to fight and battle him, that your God cannot save you, that your sin is too great of a giant to battle even with God’s help. But by the power of God, you can fight those giants as David did. (1.Samuel)
Your enemy wishes you to drive away from the Lord with your repeating and unrepentable sins so you are left unprotected, he wants to burn down your temple (heart) and put your king (mind) in prison.
This is what the King of Babylon did, it’s what the king of Babylon will do to you if you separate yourself from God. (2 Kings, 2 Chronicles.)
He first put your family up against you, your relatives, the world. You have a stronghold like Israel did when they were under God’s protection. You can gain victory and defend yourself only if you are true to God. The moment you ad idol worship, the ways of the heathen in your religion, God removes your protection partly or completely all depended upon the nature of your sins. The devil seeing a city with less defense eagerly attack. (The message of Jeremiah, Ezekiel and the prophets)
Your family, Edom, Ammon, and Moab try to bring you down, discourage you, tempt you to do as them, mix heathenism with the true faith. They will subdue you if they can. But if you are true to God, He will not allow it.

The condition for your salvation is the same as for ancient Israel.
God was patient and forbearing but in the end, if your sinful ways don’t end even after God has sent you His prophet, the Bible and His witnesses, He will allow the enemy to take THE CITY YOU ARE. They will build a siege wall, encamp around you and finally destroy you. Then they will blind you like they blinded King Zechariah, so you can’t see and evaluate truth from error.

Your only safety after being called by God and entering a covenant relationship with Him is to stay true to Him. The moment you went in a covenant with Him you became the enemy target. And he hates you.

If your king, your brain, is in the enemy’s prison; If your heart and love for the truth, the temple, has been destroyed and you find yourself a captive in Babylon, God might still have mercy upon you and bring you back and restore you as a kingdom. You will rebuild the temple and the city and the walls. If you repent and realize your sin and wish to worship Him again, He will bring an enemy to fight your enemy and they will be forced to let you go. And you will bring God’s law back into your country, your heart and soul, as Ezra did. Nehemiah, the truth, will build your protection, the walls around you. And you will be the Lord’s.
But as God said to Israel, He says to you: I will give you a time of probation. They got 490 years to turn from their ways and choose God’s righteousness completely, to anoint the most holy.
If you, in the time God has given you, end up crucifying and rejecting your savior when He comes to you in a way you did not expect or predict, dismissing His prophets and not listening to God, the same will happen again. (Matthew to Acts)
As with Judah when the roman armies encamped around them they thought they would be saved, that the Lord was with them. With their false prophets in their midst, a false messiah leading them, they were sure of victory. They cried: “Lord, Lord” but God turned away from them. (Matthew:21-23) Then they even started fighting amongst themselves and they became weak and the Roman army destroyed them and the city and the walls altogether and not a rock of the temple remained standing after. The temple would not be rebuilt.
So will your end be if you do not wholly surrender your heart to the Lord to follow His ways. The next destruction might be the final one.

Israel is you. Go read their story once again and make sure you don’t repeat their mistakes in your own life.

«In those days shall Judah be saved, and Jerusalem shall dwell safely: and this is the name wherewith she shall be called, The LORD our righteousness» (Jeremiah 33:16)