Home Articles Who Babylon IS, Why it’s “fallen” and what her sins are. 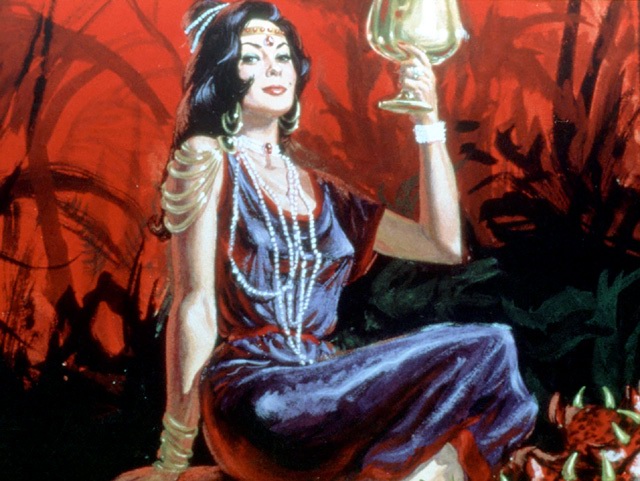 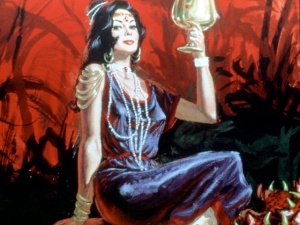 The Bible is clear that the ancient city of Babylon would never be rebuilt or have people living in it: “And Babylon, the glory of kingdoms, the beauty of the Chaldees’ excellency, shall be as when God overthrew Sodom and Gomorrah. It shall never be inhabited, neither shall it be dwelt in from generation to generation: neither shall the Arabian pitch tent there; neither shall the shepherds make their fold there.” (Isa 13:19-20)
God takes pride in His prophecies and until this day Babylon has never again been inhabited.
The book of Revelation is full of symbolism tied to the old testament. It is a book full of clues. It mentions Jezebel and Balaam as people that will tempt God’s people. However, the Old Testament talks about both Jezabels and Balaams death. They are historical figures that represent an image of future deceivers. And so Revelation not naming the future personas instead use names that will help Gods people to understand what type of deception they will be up against and what type of people. By studying the Old Testament they will not be fooled by the future deceivers.
Babylon is mentioned in the same way. It’s a symbolic expression of a deceiving power.

One of the clues lies in the words “Babylon has fallen”. If we go back to the Old Testament we read about Babylons fall only one place. This is where we are meant to find our clue. Babylon fell in one day right after God had written a message for the king on the wall: MENE, MENE, TEKEL, UPHARSIN.
“MENE; God hath numbered thy kingdom, and finished it.
TEKEL; Thou art weighed in the balances, and art found wanting.
PERES; Thy kingdom is divided” (Dan.5:26-28)

By these words God caused Babylon to fall. But what was the great sin that was committed that very day?

The King of Babylon had taken the holy vessels from the temple of God given them in the hands of their leaders, wives, concubines and drank wine and praised idols.

In the book of Revelation, we see a harlot. In the Bible, God calls His congregation a harlot when they no longer obey Him. “Then I saw that she was defiled, that they took both one way, And that she increased her whoredoms” (Ezek.23,13-14) The reason He called their behavior that of a whore was because the people of God had mixed paganism and idol worship with Gods name and customs.

In Revelation, the woman with Babylon on her forehead holds up a cup with wine in it. This is exactly what they were doing the night Babylon fell, rising cups with wine in it.
The harlot in Revelation is, in addition, attributed like in Ezekiel 23 to have fornicated with world leaders.
The cup the harlot in Revelation 17 holds in her hand is called: “the wine of her fornication” (Rev.17,2)
Fornication in the Bible, symbolically, is always when they that proclaim His name have mixed paganism, alliances with the world into their worship.
This is just what the leader in Babylon had done the day Babylon fell. He had taken holy vessels belonging to the temple of God and desecrated it with the religions of the world. He had mixed the truth and what’s holy with a lie and a sin. This mixture represents “Babylons sins” and the reason God proclaims that “it is fallen”.
In this way, the Bible itself explains and we don’t have to add our imagination to understand the meaning.
Thus if we drink this wine, if we do as they did, and mix the mentality and religion of the world with God’s truth, we commit the sins of Babylon as well. And we will dive more in-depth into that problem in a bit.
Remember that the king of Babylon knew very well who God was.
In Daniel’s words against the king the day Babylon was falling he reprimanded the king saying “he knew”. He knew who God was and that He was the supreme God. He had learned this from His grandfather(also called father) who was a convert (Dan 4:34-37).

The papal power.
In the Papal church, we find the story of Babylon repeated. Just like Babylon conquered Jerusalem, and God allowed them to, Rome destroyed the second temple and later suppressed God’s people.
Just like the king of Babylon was converted (Dan 4) after destroying the temple and persecuting God’s people, the leadership in Rome seemingly converted to Christianity after having destroyed the temple and persecuted God’s people.
In both cases both Babylon and Rome had been permitted by God to destroy the temple because of the sins of God’s people.
In the same way, the new Christian Rome destroyed God’s true and pure church because God’s people had “fallen away” (2Th 2:3)
Papal Rome then after its conversion did what Babylons leadership had done after its conversion. They mixed God’s holy things with lies.
Historically we know this is what happened. The Catholic church took Christ name, God’s name, the Bible and mixed it with the old Roman pagan religion which was the religion of the world. The Roman religion was just a copy of a similar religion that had been practiced in Babylon and in the Greek empire, by the ancient Canaanites and others. It was the worldly accepted religion.
By mixing the two religions they got a corrupt Christian faith and became a harlot committing fornication. Not only committing itself, but the Catholic Church forced people during the middle ages to partake in their practice and horedom and they made alliances with the kings and leaders of the world getting them on their side to do their bidding.
But God had rejected that church. The new Babylon was fallen. God had cut her off. When she mixed truth with error and forced others “to drink of her fornication” God rejected her as His church.
MENE, MENE, TEKEL, UPHARSIN. In time God caused the church to divide.

Babylons sins continue after the division.
Reformer after reformer tried to get Christianity back to the Biblical standard. To “bring God’s vessels back to Jerusalem,” for the truth to be measured with the Bible. However, whenever a reform leader died the group stopped reforming in a misunderstood loyalty to the teaching of that one leader. Despite this, there was always a small group that would constantly move forward towards a pure Bible-based faith. Constantly they received resistance from other Christians who wanted to hold on to church traditions and doctrines and practices that God never ordained but instead had their roots in the ancient worldly religions.
One group of people decided to go back to God’s law, to His times and ordinances, and completely reject the religion of traditions mingled with God’s name.

However, in Revelation 18 we hear that some of God’s people are still in “fallen Babylon” and they are tempted to sin as she has and does.
Christians still haven’t given up on their traditions and they still haven’t chosen a 100% loyalty to the Bible and the truth manifested there.

Even the church going back to God’s law has the last generations reversed their reformation by taking part in worldly feast and religious practices that originates from Babylon. They are mixing truth with error, God’s name with false religion.
It says: “For all nations have drunk of the wine of the wrath of her fornication” (Rev.18,3) The whole world partake in the mixture of truth and error just like Babylon did, just like spiritual Babylon did later. They continue to desecrate God’s ordinances so they can keep their own traditions and practices. They follow God with one hand and resist His guidance with the other.
“And I heard another voice from heaven, saying, Come out of her, my people, that ye be not partakers of her sins” (Rev 18:4)
This calling to God’s people is the last they will get. If they don’t listen to this heaven-sent messager and separate themselves from Babylons ways, from mixing Gods name and ways with worldly and/or pagan practices they will fall together with Babylon during judgment.
Those who commit her sins will also receive her punishment:
“And I heard another voice from heaven, saying, Come out of her, my people, that ye be not partakers of her sins, and that ye receive not of her plagues.
For her sins have reached unto heaven, and God hath remembered her iniquities.” (Rev 18:4-5)
Jesus said: “But in vain they do worship me, teaching for doctrines the commandments of men.” (Mat 15:9)
It was the same sin that Israel and later Juda committed that made God leave His temple and allow them to be taken by their enemies. They mixed His name and ordinances with the worldly religion of their day. This leads to their fall and according to Revelation 18 doing the same will lead to our fall as well.
There is only one way to be protected in the end days. In the Bible, whenever Gods people removed worldly and pagan practices, threw away their idols and traditions, repented and re-instituted Gods laws and times, God miraculously saved them from their enemies. This happened over and over again. Removing those practices made by a corrupt world from Gods temple, that is us, God will build a war of protection around us. Christ name and blood saves and protects us, but only if it’s together with God’s truth. Christ name does not save anyone who is in conflict with the truth. Jesus said so Himself: “Not every one that saith unto me, Lord, Lord, shall enter into the kingdom of heaven; but he that doeth the will of my Father which is in heaven.
Many will say to me in that day, Lord, Lord, have we not prophesied IN THY NAME? and IN THY NAME have cast out devils? and IN THY NAME done many wonderful works?
And then will I profess unto them, I never knew you: depart from me, ye that work iniquity.” (Mat 7:21-23)

“He that hath an ear, let him hear what the Spirit saith unto the churches.” (Rev 3:6)