Home Articles Was YESHUA the MESSIAH ? A word to Jews. 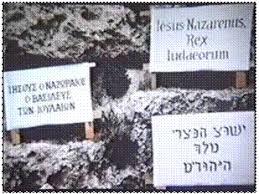 Jewish brochures tell us Jesus can’t have been the Messiah because he was killed. He did not become a great leader like Moses and David and so He cannot have been the promised Deliverer.
What does the Bible teach us?

Many Jews to this day do not accept Jesus because in their understanding Jesus wouldn’t be rejected and killed. They even give out brochures to any uncertain Jew in order to convince them.
They expect the Messiah to be a great man like Moses and David. Both whom the Tanakh or Bible clearly prophesies would be an illustration of the Messiah.
Moses told them: «The LORD thy God will raise up unto thee a Prophet from the midst of thee, of thy brethren, like unto me; unto him, ye shall hearken»(Deu 18:15)

And about the Messiah, it said: «And David my servant shall be king over them, and they all shall have one shepherd: they shall also walk in my judgments, and observe my statutes, and do them.»(Eze 37:24) 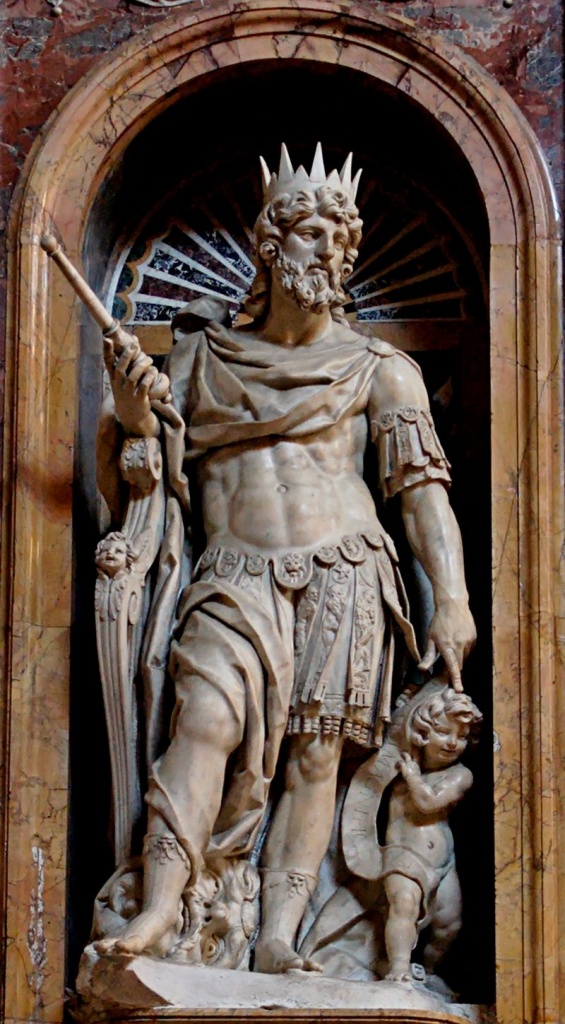 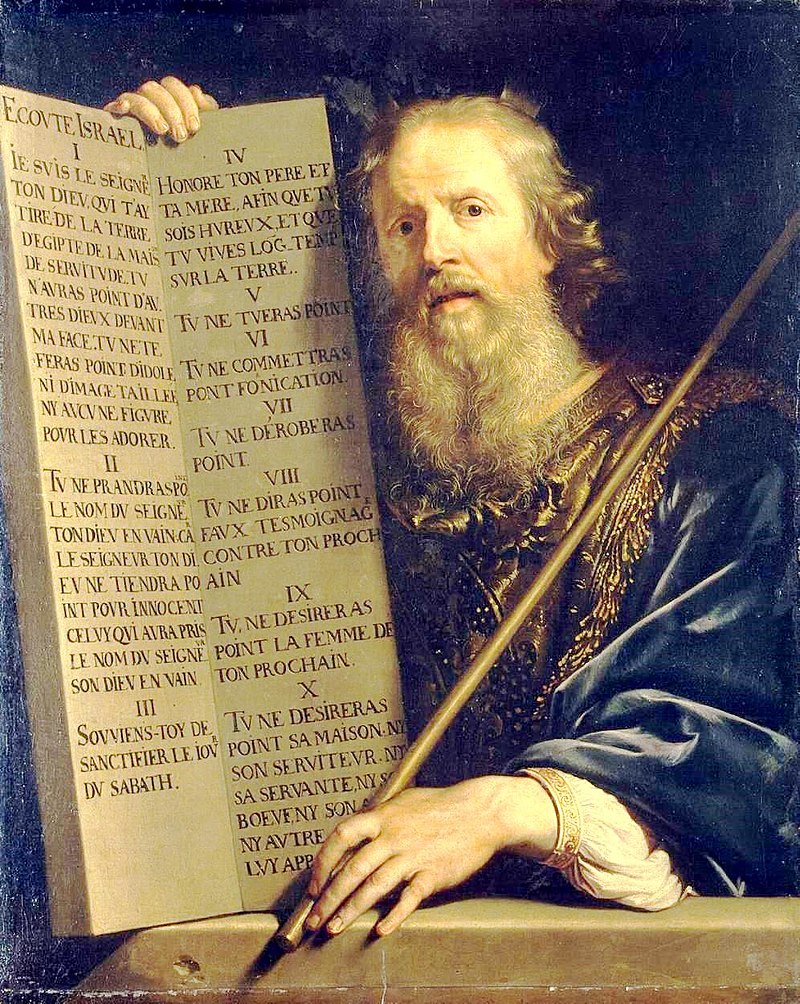 When Moses first tried to deliver his people from slavery he was met with resistance by his own brethren. “Who made thee a prince and a judge over us?” (Exo.2,14) His actions made known without his peoples support caused him to flee to Median. For 40 years he lived in the Wilderness.
The second time Moses came to deliver them, he came with works and wonders.

When David was anointed King he was first betrayed by his own, persecuted by the leaders God had rejected. David didn’t rise up to kingship instantly. When Saul realized David was the man God had chosen he tried to kill him, leaving David a fugitive and humiliated.
When he finally receives his throne he becomes one of the most powerful kings in Israel’s history and an image of the coming Messiah.

The story of David and Christ has many similarities. They were both anointed by God. They were both received with joy by the people but hated by the leader or leaders. David ended up on the run, however, a crowd of people gathered around him. Those who had been rejected, sinners, and outcasts. The same type of people gathered around Jesus, He set them free from their demons, healed the sick and offered salvation to the outcasts. David was betrayed by his own tribe the ziphites who told Saul about his hiding place. With Jesus, it was his own apostles Judas who showed the authorities Christ location.
Many of the Psalms describing Davids despair in his years of suffering is said to have been direct prophecies of the experience of the Messiah. This becouse Davids experiance and Christ experiance had so many similarities, not them as kings, but them as rejected and persecuted by the people they were sent to lead.

Christ was the Messiah and the King, but like Moses and David, He was first rejected by the people.
They all three had a time where they were rejected and then at a later time a comeback that resulted in them taking their position as leader and King.
The Bible tells us that Jesus will return triumphant as king. But had not Jesus first had his tribulation among His own, would his experience really have been comparable to Moses and David?

What would have happened IF Jerusalem had accepted Jesus as their king?

The time of probation given them through the prophet Daniel was 70 prophetic weeks which is 490 literal years. The end of this time period would either lead to Israel’s restoration or to their rejection. What would have happened to Jerusalem had they received their Messias?
The Bible actually, and Jesus, show us this was the plan A. For Him to be received as King. It’s never Gods plan for anyone to sin, for anyone to reject Him. He plans and pleads for man to receive Him and work with Him. But when that doesn’t happen He has to do plan B.

Christ asked for a young ass to ride on. The event was tied to the Messiah and the entrance of a king. «Tell ye the daughter of Sion, Behold, thy King cometh unto thee, meek, and sitting upon an ass, and a colt the foal of an ass.»(Mat 21:5)
Jesus did this, He rod in procession towards Jerusalem and people were proclaiming him as king. Yet the leaders refused to accept him. As the result Jesus revealed that His plan had to make Jerusalem the light of the world: «Saying, If thou hadst known, even thou, at least in this thy day, the things which belong unto thy peace! but now they are hid from thine eyes. For the days shall come upon thee, that thine enemies shall cast a trench about thee, and compass thee round, and keep thee in on every side»(Luk 19:42-43) These verses clearly show that IF they had received Jesus He would have given them independence again and peace from their enemies. But as always, like it had been in the past, Israel or Judahs independence was tied to them allowing The Lord to be their king.
And Jesus repeats this in the following words: «Behold, your house is left unto you desolate. For I say unto you, Ye shall not see me henceforth, till ye shall say, Blessed, is he that cometh in the name of the Lord.»(Mat 23:38-39)

This tells us there will be NO new Jewish temple in Jerusalem without Jews accepting Christ as their king. For they who think a Jewish temple will be built and an antichrist sitting in it before Christ second coming have been deceived.

Jesus tried to be received as the King and the Messiah in the last week before He was killed.
He rode on the ass like prophesied. A large multitude of people cheered on him, people he had saved healed and shown kindness to.

«Took branches of palm trees, and went forth to meet him, and cried, Hosanna: Blessed is the King of Israel that cometh in the name of the Lord.»(Joh_12:13)

But the leaders of the people told them to shut up, they would not accept Him as their leader. Jesus could not be leader over a people that resisted Him.

Then Jesus does yet another powerful demonstration. He cleanses the temple. Just like Messiah was meant to do,

to come and glorify God’s temple.
He then used the next days to teach the people coming to the temple Gods law and mercy.

Scripture told that the Messiah would:
Be a great teacher.
Glorify the temple
Be announced as a King.
Bring Gods law to the heathen
Heal the sick

Yet when Christ did all of this the last week before His death, He was rejected.

After Jesus did all this, and they judged him and delivered him to the Romans. When questioned He confirmed He was the king: «Pilate, therefore, said unto him, Art thou a king then? Jesus

answered, Thou sayest that I am a king. To this end was I born, and for this cause came I into the world, that I should bear witness unto the truth.»(Joh_18:37)
Pilate said to them: «And it was the preparation of the Passover, and about the sixth hour: and he saith unto the Jews, Behold your King!» But they cried out, Away with him, away with him, crucify him. Pilate saith unto them, Shall I crucify your King? The chief priests answered, We have no king but Caesar.»(Joh 19:14-15)

It’s evident that Messiah can’t be made King if His own people are in rebellion. Jesus had stated that receiving Him would have a different outcome for them. God gave them their king they said no and killed him, and now they say Jesus can’t be the King because He died. Try to find the logic.
But it existed even then. While Christ was hanging on the cross they said: «He saved others; himself he cannot save. If he

the King of Israel, let him now come down from the cross, and we will believe him.»(Mat_27:42)

The Jews had repeated the crime of their forefathers. But over Christ’s head, as He hung there crucified it said on a large board: «THIS IS JESUS THE KING OF THE JEWS.»(Mat.27:37)
For all to see. Jesus was repeatedly proclaimed the Jewish leader and King. He just wasn’t received.
And hung there above His earthly throne, which contained the law that also had been rejected by man. The discovery of the Ark of the Covenant underneath the crucifixion site proves beyond doubt Christ identity (Se more at arkfiles.net).
Jesus was the Messiah and the King promised. And when He comes a second time He will not come to be humiliated, He will come as a king. 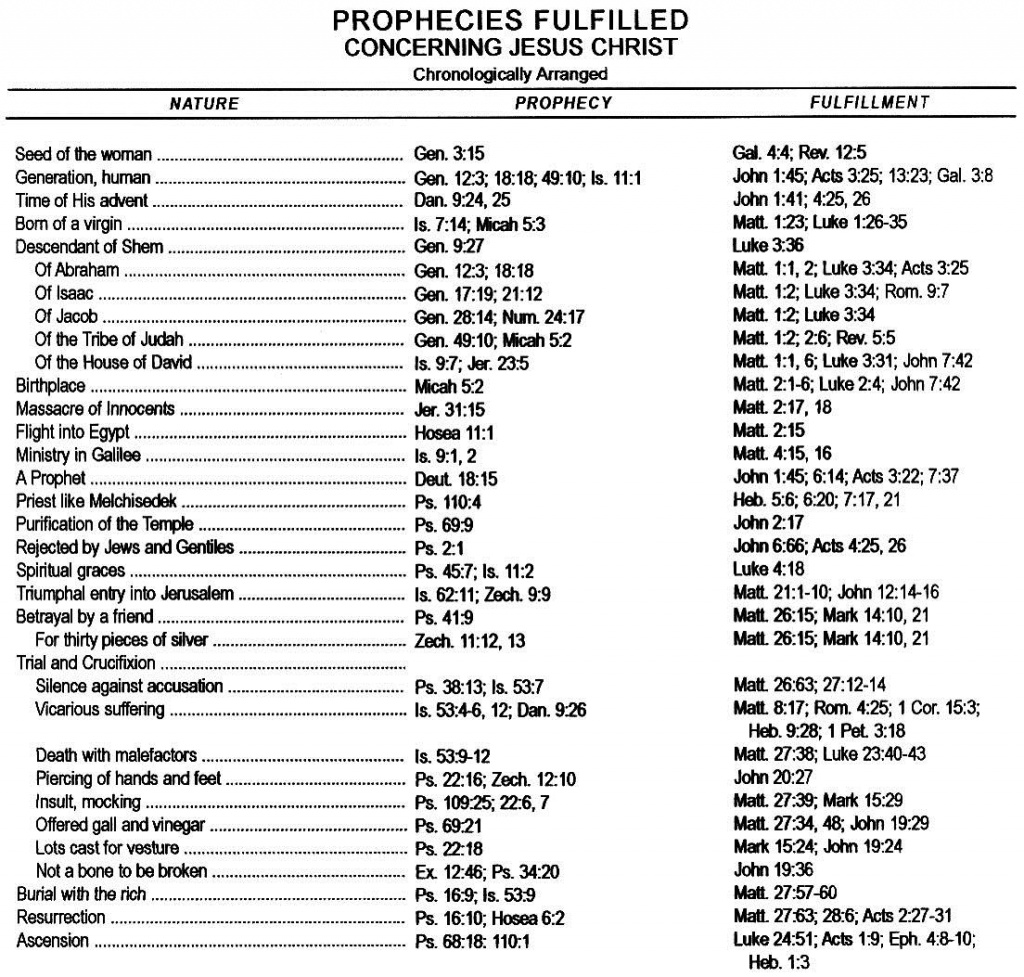