Home Ark of The Covenant Was the secret of Golgotha inside the Ark of the Covenant? 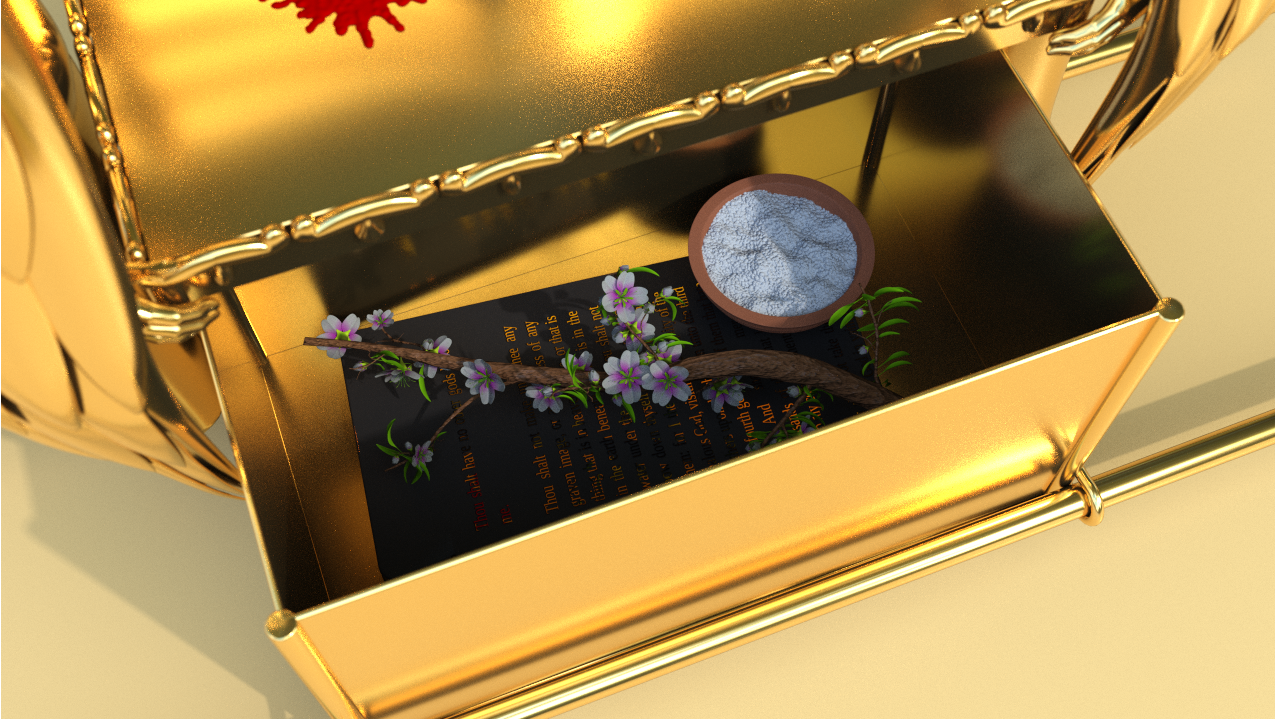 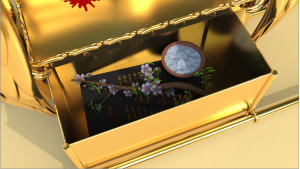 Most of the time the only thing that was inside the Ark of the Covenant was the ten commandments. But for a period of time there was made an exception.

«And after the second veil, the tabernacle which is called the Holiest of all; Which had the golden censer, and the ark of the covenant overlaid round about with gold, wherein was the golden pot that had manna, and Aaron’s rod that budded, and the tables of the covenant; And over it the cherubims of glory shadowing the mercyseat; of which we cannot now speak particularly.» (Heb.9:3-5)

But did it all have a prophetic meaning in addition to a historical one? The manna, as we know, fell from the sky and onto the ground and fed the Israelites in the wilderness. When the people talked about the miracle of the manna to Jesus He told them: «I am the living bread which came down from heaven: if any man eat of this bread, he shall live for ever: and the bread that I will give is my flesh, which I will give for the life of the world.» (John 6:51)

At one point Israel was tired of the manna and wanted meat for food instead. In the same manner Christ and His words were rejected, and the men of this world preferred. Christ clearly states that the symbol of the bread from heaven is tied to Him coming here, to our earth, as a human, Christ in the flesh. But also regarding His death: «And he took bread, and gave thanks, and brake it, and gave unto them, saying, This is my body which is given for you: this do in remembrance of me.» (Luke 22:19)

The manna in the Ark could therefore very well symbolize Christ coming in flesh to die for mankind.

The second item that was placed into the Ark was Aaron’s rod. There is a story in Numbers that tells about a rebellion against Moses and Aaron.

«Speak unto the children of Israel, and take of every one of them a rod according to the house of their fathers, of all their princes according to the house of their fathers twelve rods: write thou every man’s name upon his rod. And thou shalt write Aaron’s name upon the rod of Levi: for one rod shall be for the head of the house of their fathers. And thou shalt lay them up in the tabernacle of the congregation before the testimony, where I will meet with you. And it shall come to pass, that the man’s rod, whom I shall choose, shall blossom: and I will make to cease from me the murmurings of the children of Israel, whereby they murmur against you. …..And it came to pass, that on the morrow Moses went into the tabernacle of witness; and, behold, the rod of Aaron for the house of Levi was budded, and brought forth buds, and bloomed blossoms, and yielded almonds.» (Numbers 17:2-5 & 8)

The rod was later placed into the Ark together with the manna. The rod represented God’s elected priesthood. The new testament tells us that in the new covenant there would be a new priesthood (Book of Hebrews). Christ would be our priest and high priest. (Heb.8:1, 5:10) The main mission of the High Priest was to atone for the children of Israel. To bring forth a sacrifice in place of the sinners. They transferred their sin to the sacrificial animal, and the blood was brought by the High Priest into the sanctuary before the throne of God, the Ark. «And ye shall keep the charge of the sanctuary, and the charge of the altar: that there be no wrath any more upon the children of Israel.» (Numbers 18:5)

Jesus being our High Priest had to have a sacrifice to bring in order to represent us. Christ Himself was that sacrifice, and at His death He had the role of the Priest and the sacrifice at the same time. But not only that, He also had to bring the sacrifice before the Ark and the Testimony. «And if his offering for a sacrifice of peace offering unto the LORD be of the flock; male or female, he shall offer it without blemish. If he offer a lamb for his offering, then shall he offer it before the LORD. And he shall lay his hand upon the head of his offering, and kill it before the tabernacle of the congregation: and Aaron’s sons shall sprinkle the blood thereof round about upon the altar.» (Leviticus 3:6-8). «And the priest shall dip his finger in the blood, and sprinkle of the blood seven times before the LORD, before the vail of the sanctuary.» (Leviticus 4:6)

Inside the Ark was Aaron’s rod, the sign of the priesthood. The manna, illustrating Christ in flesh here on earth dying for us, and then there was the law. These three sum up Ron Wyatt’s discovery of the Ark of the Covenant in a perfect way. How all three had to be present at Christ death. The sacrifice, the priest and the law. These three also sums up the new covenant witch is perfect as it is called the Ark of the Covenant. But it also reveals who the throne belonged to. The two symbols of Christ along with the law, that was written by Himself, make the foundation of the throne of the King of Kings among men. Christ was also the Law, or the Word in flesh.  “In the beginning was the Word, and the Word was with God, and the Word was God. The same was in the beginning with God. All things were made by him; and without him was not any thing made that was made. In him was life; and the life was the light of men. And the light shineth in darkness; and the darkness comprehended it not.” (Joh.1:1-5)

However by the time the Ark was hidden the manna and the rod had been removed: «There was nothing in the ark save the two tables of stone, which Moses put there at Horeb, when the LORD made a covenant with the children of Israel, when they came out of the land of Egypt.» (1.King.8:9)

This could signify that the ark was going to be used not just as symbol of the plan of salvation, but actually be a part of the new covenant. The two symbolic items tied to the sacrifice of Christ and the priesthood, was replaced as the Ark at Golgotha faced the real High Priest and the real Sacrifice. And as the blood fell on the Mercy Seat, the symbolism was fulfilled and replaced with the real event.